Must be 19 years of age. Must be a Missouri resident.

Price $100 deposit of $50 required to secure your spot. Price does not include the fees collected by your county.

Helping a Friend in Need

You know I wouldn’t ask unless it was an absolute necessity. My friend’s loved one has been in ICU at Mayo for over 2 weeks with a brain hemorrhage and the neurology team is stumped. They can’t figure out why there is still bleeding. My friend’s car battery just died, her tires are bald, her hours at work just got cut in half, and she’s behind on some bills.

She’s driving two hours round trip every chance she can get to be with her loved one, she’s trying to pick up extra hours at work, but nothing is available until a couple weeks from now.

This is a woman who, when I sent her money for Thanksgiving dinner one year, she cooked a feast and opened her home up to everyone she knows. She has given shelter to the homeless, fed the hungry, and given the shirt off her back to take care of others.

This amazing woman has been my close friend for nearly two decades and I’ve seen her go through some shit. She has always walked through the fire alone. She broke down this morning and I know how hard it was for her to come to me. I’m going to do what I can, but I thought I’d enlist the help of my tribe to show her what love in action truly looks like <3

I’d like to see us donate enough to cover her needs and then some, so she can breathe. She takes care of everyone and I’d like to take care of her this time. Will you help me? My goal is $2,000. I figure $500 for tires, $100 for a battery, then more for gas, oil change, maybe a tune up. The rest to help her catch up on bills and feed her family.

Help for a Friend

Friends, I need your help. I believe in connecting people and I think I’m good at it. I wouldn’t put this out there if I doubted the legitimacy of this– I know deep in my heart that this is an intense and immediate need. I’m going to give you a short version of a long story, but enough that you’ll understand why I want to do what I can to help, which includes asking you to help me help this family. So in the spirit of this season, can we help this family with a little kindness after what they’ve been through and are still going through? (who am I kidding? I *know* we can do this!!) 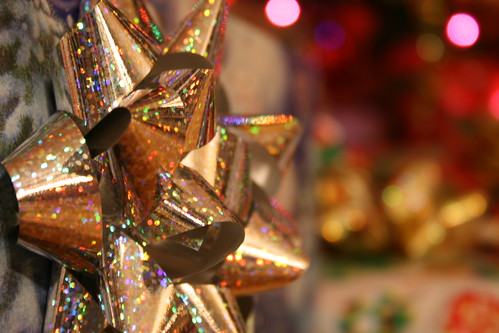 My friend’s son has several disorders and in order to protect her son I’m going to be general about his medical history and I’m going to call him Joey. Joey has some issues and the family has dealt accordingly. Recently though, Joey was involved in a serious accident that might have been a suicide attempt. He had a lot of medical issues stemming from this. He is currently in long term rehab with post accident traumatic brain injury and will be hospitalized until February.

As if that’s not serious enough, the poor boy was molested (pre-accident) by a deacon in his church–who just so happened to be his godfather, and Joey’s mom thinks this is what pushed him to go off the deep end. After telling the church and the police, it was discovered this deacon/godfather was actually a registered sex offender. After a lot of time, Joey had to testify against this man. I don’t know all the details, whether or not the man was hiding his sexual offender status or what, that’s not the important part. Here’s the part I need you to help me with.

The man took a plea bargain which spares Joey a long, victim-blaming trial, and in his condition, this is really for the best. The family needs to make an 800 mile round trip to give victim impact statements to hopefully sway the judge into giving this disgusting human being a much harsher sentence.

The family needs to rent a car because they don’t have a car that will make an 800 mile trip and they don’t have a credit card, so they’ll have to put down a deposit. They need gas, food, and lodging for the whirlwind trip. They’ll leave their home, drive 400 miles, stay over, appear before the judge the next day and then head back home, hopefully with news that this man will be locked up for a really long time. I’m thinking $700 is an amount that will allow them to get this trip done and put behind them so they can focus on healing.

**some of you know this family and have been praying for “Joey,” have seen the news articles and photos of Joey in the first days after the accident, and have been cheering him on in his miraculous recovery. If you recognize this story, please keep the family’s real names silent. The molestation is something the family hasn’t talked about, understandably so, and would like to protect their son as much as possible. I’ve been given permission to tell this part of the story because it’s integral to the trip.

Last year, my heart broke for several of my friends and their families. Five families I knew personally could not provide Thanksgiving dinners. So I decided to help. We raised enough to give each family nearly double the amount I set to give and then helped a sixth family with a smaller gift.

This year, I want to do that again. There are three families this year that I have in mind, none of them know I’m doing this. My goal is to raise $450 to give each of them $150 for groceries.

I’ll update this page as we go!

If you’re wondering how I decide who to surprise? I simply pay attention. People typically won’t ask for help. Status updates over months and months are clues to me. I can see when a family has had a bad run of luck, but they’re humble enough to keep their chins up and live in the positive moments of life. We all fall on hard times–well, most of us do, anyway.