CLR teamed up with Tackle It Tuesdayand they want to know my opinion. Scary for them, eh? Let’s start with the tub. The house was built in 1948 and I’m sure this is the original tub. (And very, very soon, it will be GONE!) But until then, and since we moved in here, we’ve dealt with the porcelain tub (at least I think it’s porcelain) It’s gots more cracks and crevices and nooks and crannies than English Muffins.

Add to that the horrible hard water we have (despite all efforts with multiple filter systems and an industrial sized softener) we are the target audience for CLR with the lime and rust build-ups as shown in this embarassing photo: 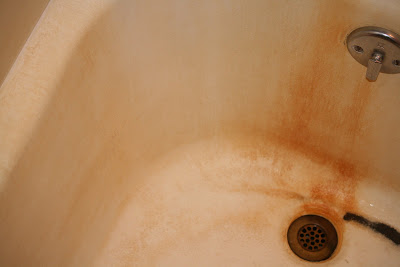 Now we see the tub after 6 applications of CLR (followed instructions exactly, sprayed on, waited 2-3 minutes, scrubbed) Better. But Not what I’d hoped. But being an objective person, I’ll take into consideration the fact that CLR probably has to make their product friendly to the plastics being used in more modern bathrooms. 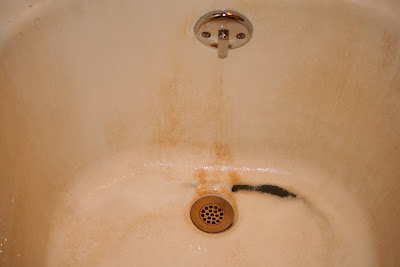 Because I have OCD tendencies wanted to see it without rust, I went to my trusty cleaning companion, Bar Keeper’s Friend. And part of my tub was clean. Because I spent so much time on this half, the other half never got the attention it deserved and I have a half-rust-removed bathtub. Maybe I’ll get around to finishing that this week? 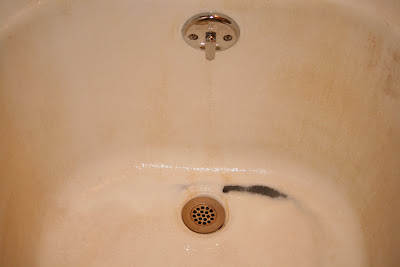 1 thought on “Tackle It Tuesday–CLR Edition”