Somehow this is strikingly hilarious to me.

Oct. 10, 2007 — Astronomers have taken a baby step in trying to answer the cosmic question of where we come from.

Planets and much on them, including humans, come from dust

Genesis 2:7 Then the LORD God formed the man from the dust of the ground. He breathed the breath of life into the man’s nostrils, and the man became a living person.

“It [the dust] is formed in the wind,” of the black holes, Markwick-Kemper said. Gas molecules collide in the searing heat of the quasar, which is thousands of degrees Fahrenheit, and form clusters.

“These clusters grow bigger and bigger until you can call them dust grains,” she said.

The forgot to ask where the gas comes from!

I imagine God sitting in the black hole blowing gas bubbles out like a child on a nice summer day. 🙂 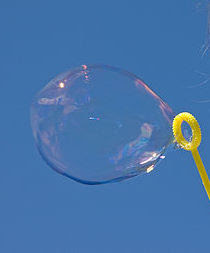