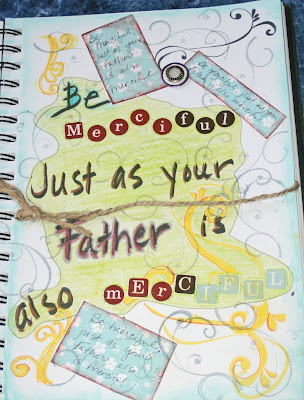 I decided to take 3 weeks to memorize the passage I chose last time. As I wrote it out, I realized that I wanted to spend some time doing this. I didn’t want to rush, to act as if 3 verses in one period was easy, to make unwise choices.

For starters, I’m not good at being merciful. God has graciously gifted me in areas that I can say I’m good at. Being merciful is not one of them. It takes real energy, real concentration for me to show mercy. Especially to stupid people. Okay, that’s probably not nice, but I’m going for honesty here. This is why God is God and I am not. Those complainers walking around the desert–wanting to go back to Egypt? Yeah. They’d get what they asked for. A remnant? I probably couldn’t do it. And I definitely wouldn’t have given them David as a ruler when they didn’t want me, their God, the one who didn’t off them after their antics in the desert.

When God gives me opportunity to be merciful, I try. Oh Lord do I try. But if the person has a history of stupid, I find myself in an awkward position. Can I be merciful and not be stupid, too? And what does that look like?

Maybe that’s what this next verse will teach me?

I found this at StudyLight.org, a study about the word mercy.

The passages before the one I’ve chosen talk about loving your enemies, the ones following are the speck of dust and plank in the eye lesson, the blind leading the blind, and this: “No good tree bears bad fruit, nor does a bad tree bear good fruit. Each tree is recognized by its own fruit. People do not pick figs from thornbushes, or grapes from briers. The good man brings good things out of the good stored up in his heart, and the evil man brings evil things out of the evil stored up in his heart. For out of the overflow of his heart his mouth speaks.” 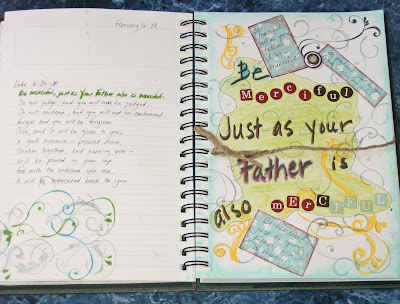 So even though it’s time to move on to another verse, this one still haunts me.

The problem is, how does one keep toxic people out of their life, yet live as Christ?

And obviously, if I’m told to love my enemies–that means I will undoubtedly have enemies.

So does that mean that I have to be on cordial speaking terms with everyone in my life?

My opinion is no. Especially when I read the next verses I’ll be Visually Praying with and the passages that follow. I believe God gave us discernment for a purpose. I believe that if I saw a berry growing from a bush I knew from past history produced poisonous berries–I believe that I should not eat of the fruit from said bush.

If a tree is known by its fruit, if a good man brings good things up from his heart and an evil man brings evil from the evil stored in his heart, then I think that removing these toxic people from my life is the right thing to do. I shouldn’t pick the bad berries and hope they’re not poisonous anymore.

My next verses for March 1-15 in bold below:

I’m a couple days late this time, but I have not quit! (My goal, my desire, is to finish this strong.)
Here’s Scripture Art Number 3 (before) 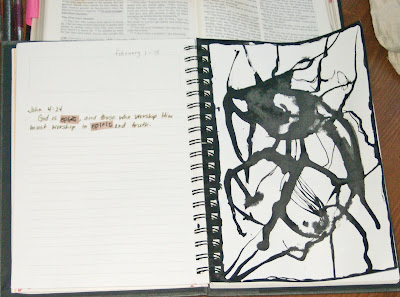 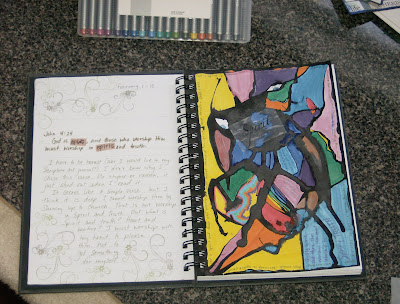 My new verse(s): It’s a lot, I might take this in steps, but they all go together and I didn’t feel right splitting them up. I don’t have a page in the journal started yet, I’ll be working on that soon.

A Mess of Blessings Redux

I found my new verse.

In my previous Randomness post, I mentioned that I was listening to Jeremy Camp’s song, Beyond Measure. That reminded me of a post I wrote so I searched it and found A Mess of Blessings.

Jesus said to his disciples:

I need this verse right now. It has nothing.at.all. to do with the coming grandbaby, let’s be clear about that. The song Beyond Measure feels like it’s about the grandbaby. The song led me to that previous post and then today something happened.

Something happened that I can’t talk about, but it’s a pretty ugly thing. And I might have gotten frustrated or pissed off about it, had I not had these verses in my head already. Because just like I don’t want to be a Church People I don’t want a measure of ugly packed together, shaken down, and overflowing poured onto my lap.

On a side note, you’ll want to stop reading this now if you don’t know what a freak I am.

Have you done Beth Moore’s Believing God? I can’t remember where in the study this appeared and I’ve packed away my notes, but there’s a part that tells of the significance of the 14th day of the month.

I remember one important detail: the Israelites were commanded by the Lord to set aside a lamb and during the 14th day, they were to sacrifice the lamb and smear its blood to mark their door. Which meant the final plague on the land, the one that would take every firstborn son, would pass over the homes with the blood on the door.

I have to tell you. I feel like these verses are the blood on the top of my door. Like God told me what to do beforehand. He said, “Here, read this old post, these verses. Remember what you were going through on March 14, 2006?”

Yes. I remember. A month before, my pastor and friend started his rampage against my family. I was accused of things, I was lied about, I was disgraced in front of my peers. Three days after my former pastor acted out against me, my uncle hung himself.

Those are moments that carve character, that slice endurance into a soul. Pieces of me are scattered all over February and March of 2006.

But that 14th day of March, things began to change. I was inclined to hold on tight to another verse, Exodus 14:14– God will fight the battle for you. And you? You keep your mouth shut!

And I kept my mouth shut. I was vindicated when the pastor’s leadership team asked me to come (basically) tell on my brother in Christ. They wanted me to stand before them and sling the same measure of ugly at the pastor that he had thrown at me. I told them I’d have no part in bringing down a pastor. He was God’s problem, not mine.

Because after that first passover, and after 40 years in the desert, guess what God did? He brought Joshua to Gilgal (meaning circle–think “full circle”) and He had Joshua circumcise the Israelites. Then He gave them a period of rest, so they could heal. Finally He “rolled away the reproach” (again with the circle) and on the evening of the fourteenth day of the month, while camped at Gilgal on the plains of Jericho, the Israelites celebrated the Passover.

Guess what they did after that?

What’s that mean to me? In my life? That things “spiral up” as I like to call it. Things come full circle and then another battle is to be fought. Yet, God always remains in control. And he sends these little reminders to me and I love Him for that.

Before I get to the third verse of the year, here’s a recap of the second: 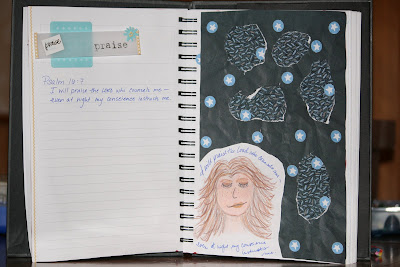 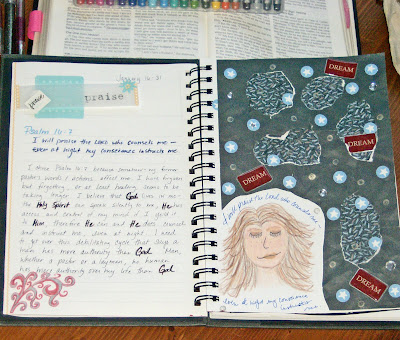 And the start of the third verse of the year. John 4:24 “God is spirit and those who worship Him must worship in spirit and truth.”

To start this one off, I dribbled some water on the page and moved it around with my fingers then added some drops of ink to the paper. I dragged ink around the border with a scrap of paper.

Here’s an update on Scripture Number 2