The Art of Listening

The first instance came between a death and the anniversary of a death. It arrived the day between these two days like a seedling popping up through the frosted ground.

Strong emotions are a burden to me. They’re foreign and messy. I’d rather be doing anything than sorting through them–even cleaning my toilets.  I was already feeling the sting of empathy for my sister-in-law who lost her father to cancer. I needed to get to her, to just be with her, and a stupid blizzard stopped me. The umpteenth blizzard this winter. My brother couldn’t be with her because he drives a city plow. I had to wait and it was awful.

It was in a box with many other gifts. “The Santa Brigade” came to us on January 7–God’s perfect timing. I didn’t know I’d slipped up, but I did. I don’t remember what or when I said something, but I mentioned only having small stockings for Christmas at our house because several photo shoots canceled at the last minute and I had been counting on them for gifts. Then this came–with an explanation that I’d helped raise money for people who needed it over the holiday season when I wasn’t putting gifts under our own tree.

I cried a lot. Phil cried when he opened the check that “tires” in the memo. Zane was thrilled. Everything in the box was so thoughtful, every gift meant something. 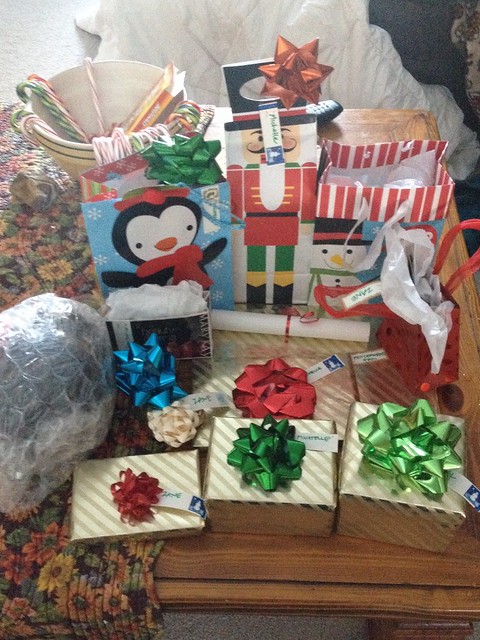 This was in there, too. This Visual Prayer of my word for 2014. Painted and prayed over by a woman with an overflowing plate full of a season, while hosting an orphan from overseas who doesn’t even speak English, yet, there was time for her to paint and pray. 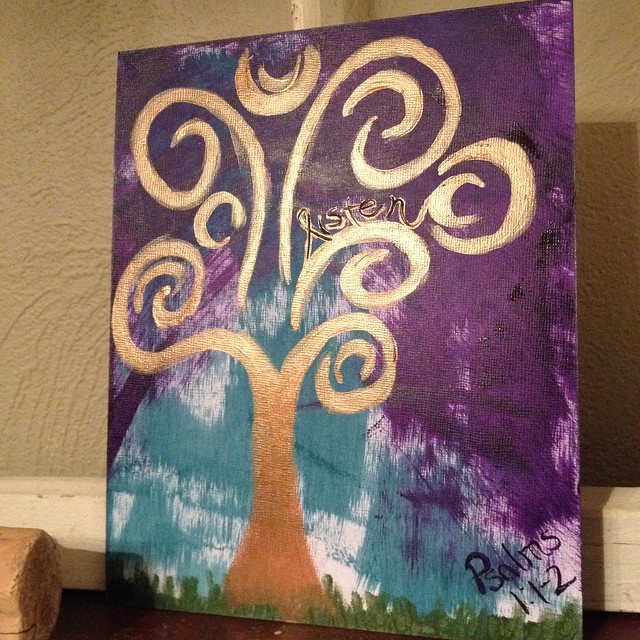 I went to be with my brother and sister-in-law twice. The second time, just hours before her father’s memorial service, one of their best friends died unexpectedly, and I stayed longer.

I made it home for two days and another blizzard threatened to make plans difficult, which meant I had to leave sooner than first anticipated for a trip  with my friend, the one who made the first piece of art.

And then another piece of art came 36 days later.  I received it while in the presence of the woman who created the first piece of art for me, it from a woman who was used by God to give me a message about my mother’s death before I knew she was dying. A woman I spent a weekend with days before mom passed on. A woman who has prayed for me like none other. 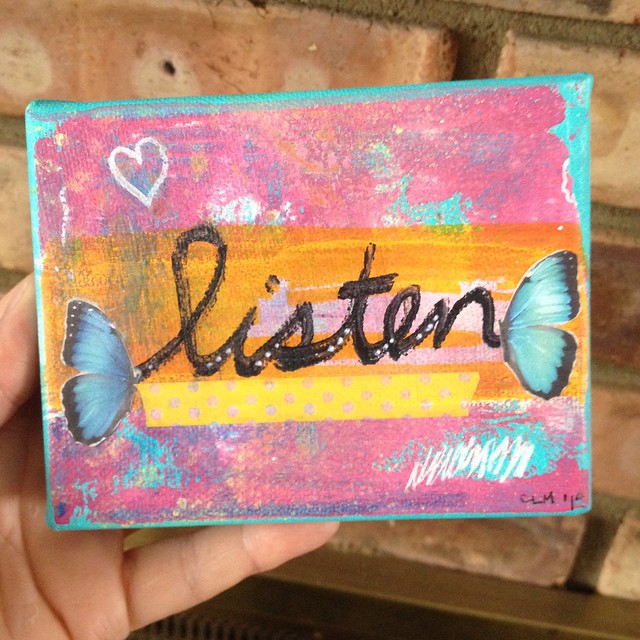 The first thing I noticed was how much these two women pray for me. The second is that I had spent considerable time with both of the women who created art for me, and the woman who put together The Santa Brigade–well, she has consistently gifted me with heartfelt art painted by her hand *and* she shares my mom’s birthday. I noticed that this all seemed to be near to people I love passing away. I noticed that I actually had women in my life who weren’t haven’t run away, even through some very ugly messes. And then I noticed that there are other women not mentioned in this story who have not run away.

Then I tried to figure out what I was supposed to hear in all of this. What is it that I’m supposed to listen to?

I don’t have the answer. 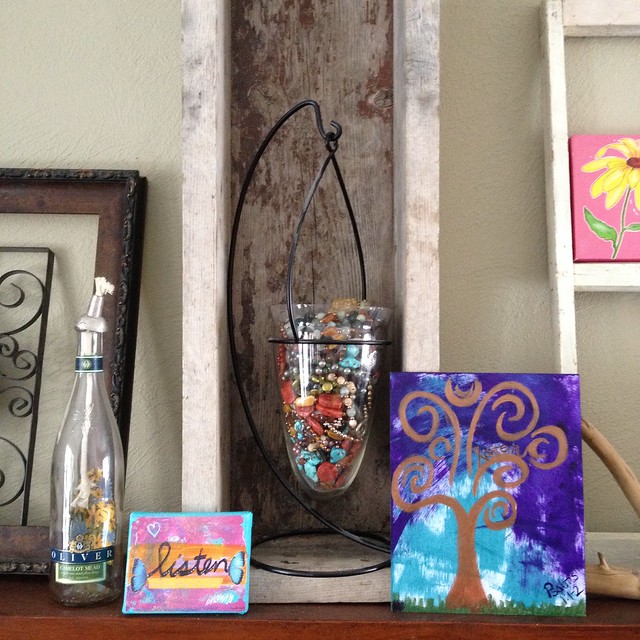 I’m not good at not having answers. It’s about as uncomfortable as messy emotions are.

I’m also as good at listening as I am dealing with emotional issues. I don’t relate to many women, and the fact that right now, there are so very many that I can call on for support? It’s mind-boggling. All this death-art-emotion-friend-woman-love stuff jumbled up and spinning around my brain is exhausting.

I love these women

and I am supposed to listen