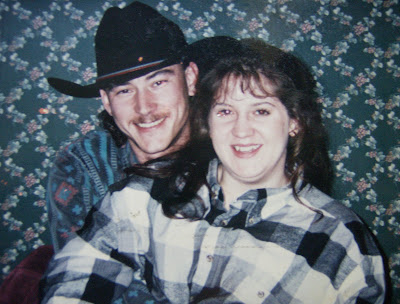 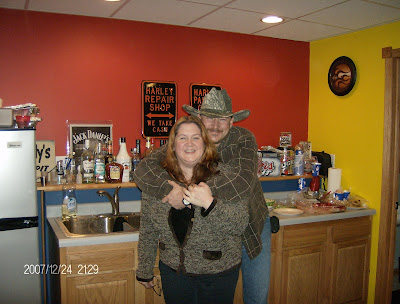 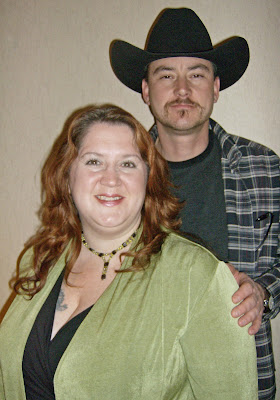 For Robin, author of one of my favorite blogs… (who would make a great Misfit) LOL

Here’s at least one truck driving story for you. Maybe I’ll re-live those days a bit next week.

Two things have prompted these thoughts. First, I was chatting with Chris Mikesell the other day and we were talking about music. Chris isn’t much of a country music fan, but I ran across one of my all time favorite songs, C.W. McCall’s Convoy.

Didja know I was a truck driver? Here’s me the first time I hit 65mph in the big truck.

That song brought back my memories of a steamy Texas night ’round about 1996. I was in my reefer with the hammer down passing anyone in my way. We leased our truck to Prime back then and our truck wasn’t goverened–meaning we could go as fast. Next thing I knew, there were four or five trucks behind me. I didn’t have the CB on, I was just cruising along doing about 70mph listening to a book on tape. I looked in the side mirror a few minutes later and noticed that I had about ten trucks behind me so I turned on my CB.

“You got your break beautiful, go ahead.”

“What’s going on with these trucks?”

“Prime’s got our front door and looks like we got ourselves a convoy, but the driver don’t have his radio on.”

“Oh really?” I said with a toothy grin. “What wouldja say if I told you I’m Prime?”

“I’ll be dipped in tar and rolled in feathers boys, we got us a sweetheart leading our little ol’convoy tonight. Which one-a-you gonna catch her?”

Another driver keyed up the mic, “Hammer down Mrs. Prime, we got your back door. Hammer down beautiful.”

So I fumbled around in the dark cab of my Freightliner and I found Phil’s C.W. McCall tape. I turned it up and said, “Are you ready boys?” then I played the song over the CB. By the time the song was over, I swear, there must have been thirty trucks behind.

Drivers were a’hootin’ and a’hollerin’ and I heard one driver say, “Damn. I’m gonna have to back down. Mrs. Prime up there’s got more than this old truck can handle.”

The other thing that brought me to this is Mark Bertrand’s post at Master’s Artist today. He was talking about paying attention to other people to get ideas for stories.

Phil tells everyone that I could talk to a brick wall for hours and be ok with it. I’d like it better if the wall answered, but it’ll do in a pinch. I always used to think it was curse that the cashier would break down crying while I was paying, telling me about her mother with cancer. Or the old man in the truck stop who kept telling me about his wife that died. Most of my life, I’ve been on information overload. People always flocking to me, telling me their stories. My husband keeps telling me to quit looking people in the eye. He said they’d quit talking if I quit lookin’em in the eyes.

Everyone’s got a story and they all want desparately to tell someone. All you have to do is open your eyes. Then you’ll be out in that hammer lane and it don’t matter that the coops are filled with bears.

Free surprise to the first non-trucker to tell me what that last sentence means.